A Little More by N’Jay 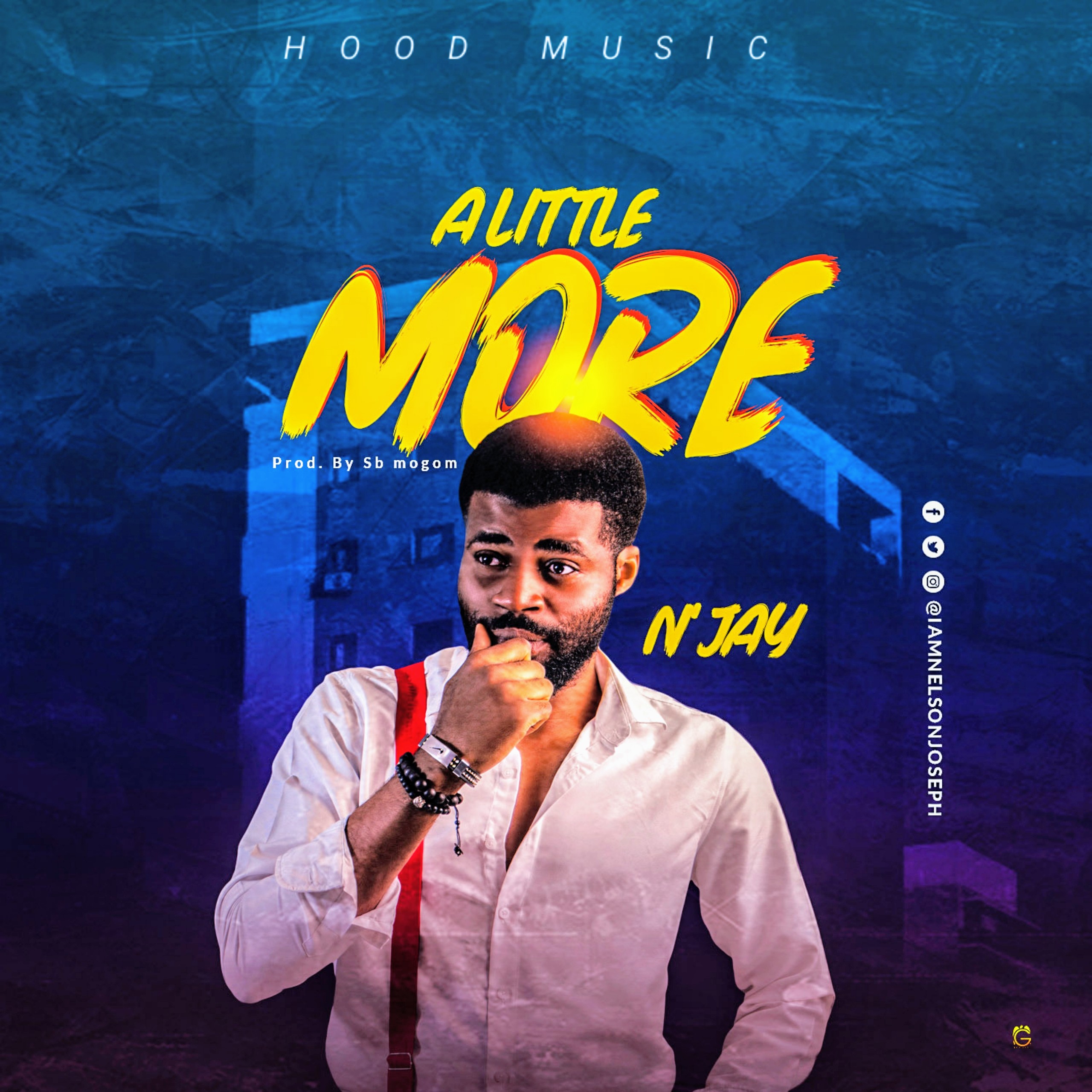 “A Little More” is a heartfelt rap, where N’Jay asks God for a little more favor.
He believes there’s got to be more to life than just living as the average man with no increase nor impact.
Every line of this song expresses the burning desire to be a blessing to this world, the desire to rise above mediocrity and failure.
You will want to hear this song over and over again. It’s a profound piece!!!
Nelson N’Jay Joseph is an Actor, Songwriter, Rapper and Model.

Intro
We just want a little more
I swear I’m bleeding on this one,
Cos nothing feels bitter than this (let’s get it)

Verse 1:
Lord, I know you saved me up so many times (that’s right)
I’m risking everything along these lines (whoa)
I don’t know it feels I’m goin’ crazy
But I’ve gotta make it or make it
I’m done putting hopes on petty lies (facts)
These promises are faded (whoow)

So if you ain’t talking business, you better mind your business,
Cos Nas told me everything is business
Am done painting my name in grafitti
Am paying 100% respect to Nipsey
You’re a legend man you took the season

I’ve done been thru the hardest shit,
Can’t believe am standing
I know what it feels like to have nothing (whoa)
Doubted if you’ll see a square meal ‘fore the day is over? (tell ’em)
I swear I got enough reasons to press in even harder,
it’s true story!

Interlude:
Man, I’m losing my mind,
I ain’t joking we gotta have a little more
Lord please hear our prayers
(this is serious shit man, I’m feeling it)

Look, I say its now or never
I’ll never back down till my life is over (never)
Responsibilities upon my shoulder (I see ’em)
I keep the circle smaller
Am Hanging out with realest niggas, making figures bigger
I’ll never slip a feet on all these divas (whoa)

Cos they really are demons (yea)
I know you know them tricks (for real)
They take you off the radar, women strip you off your grips
You wanna be successful, then be a better father (yeaa!)
Love the women in your life and kiss your babies harder (word)

Am talking bout your Sis and Mama
‘talking bout your wife (that’s right)
These are the only ones who’s wishing you a better life (for real)
I lost my Dad when I was 7, I cannot relate,
to what it feels to have a Papa, mine’s already late

I hear my Mama’s prayers every night
(She did it)
I know the battles that she help me fight,
She’s tryna hide her pain,
I know it hurts you Mom its in your eyes (I see it)
I see it every single time you smile…
You’ll never cry again (no)

Im having pictures of “Papa Grey” in my head I’m thinking if I had the power
I would make you reappear brother,
I wish you were here to see it, how we finally made it…(we made it)
I took the dreams we talked about and made them realistic

That’s why am praying Lord (uh hun)
Its either now or never (yea)
‘just want little more, it is only by your favor (I swear)
I don’t want anything less when I can do this better
So please help me Lord, and answer Mama’s prayers
True story, Cut it.

Jesus is Mine By Great Daniel