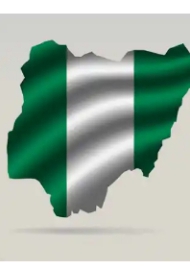 This was made known in a press conference on Wednesday morning by the President of ASUU, Professor Biodun Ogunyemi.

Nigerian President Muhammadu Buhari has vowed on behalf of the nation to play an expected role in moving Africa forward.

Naija News understands that Buhari made the declaration on Wednesday, December 23 at the presidential villa while receiving a former President of Mali, Alpha Konare.

Governor Rotimi Akeredolu-led government has cancelled Cross Over services in Ondo State and postponed the resumption of primary and secondary schools to Monday, 18th January 2021.

The development was disclosed by the Chairman of the Ondo State Interministerial Committee on Coronavirus and the Vice-Chancellor, University of Medical Sciences, Ondo, Prof. Adesegun Fatusi, during a press conference on Wednesday.

The National Identity Management Commission (NIMC) has debunked speculations in some quarters that its national identity database has been hacked.

The NIMC denied the rumours in a statement on Wednesday issued by its spokesman, Kayode Adegoke.

The Lagos State Commissioner of Police, Hakeem Odumosu, has confirmed receiving intelligence of criminals plotting to attack churches and mosques in the southwest state.

Naija News recalls that the Department of State Service (DSS) had on Tuesday warned that some persons are planning to bomb Nigeria during the Christmas and new year celebrations.

Speaking to newsmen on Wednesday, CP Odumosu said the command had received intelligence from the DSS.

Governor Abdulrazaq Abdulrahman-led government has declared a partial lockdown in Kwara State from 12 midnight to 4 am with effect from Thursday, December 24, 2020.

The development was disclosed in the new guidelines on COVID-19 released by the State Technical Committee on Coronavirus on Wednesday.

7. COVID-19: Head Of Service Issues Directive To GL 12 Workers, Others

Head of the Civil Service of the Federation, Dr. Folasade Yemi-Esan, has ordered all civil servants on grade level 12 and below to stay back at home for a period of 5 weeks in a bid to curb the spread of COVID-19.

Yemi-Esan’s directive followed the recommendations by the Presidential Task Force (PTF) on COVID-19 led by the Secretary of General of the Federation (SGF), Boss Mustapha.

A lawmaker from Rivers State, Hon. Kingsley Chinda has downplayed calls by Hon. Ado Doguwa to sanction him for calling for the impeachment of President Muhammadu Buhari.

Naija News recalls that Hon Chinda had on December 6, 2020, urged the National Assembly to commence impeachment moves against the President over rising cases of insecurity across the country, especially in the North, and economic instability.

The Ekiti State Government has in a bid to curtail the spread of COVID-19 pandemic released new guidelines to all worship centres in the state.

The Governor Kayode Fayemi administration on Wednesday, December 23 declared that Churches, mosques will only be allowed to hold service once in a week.

Minister of Labour and Employment, Chris Ngige, has made a declaration in favour of Nigeria University students following the suspension of 10 months old ASUU strike.

Speaking a few hours after the development, Ngige said he won’t give ASUU any excuse to go on strike again.