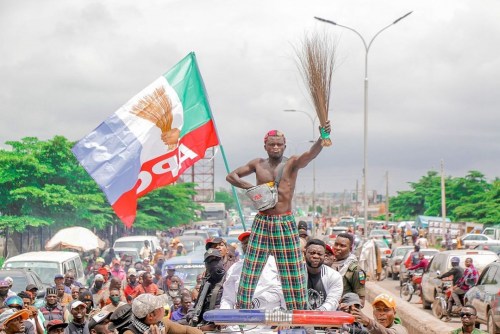 See How porpular singer, Portable reacted after Davido and some celebrities unfollowed him for supporting APC

Portable was caught on Camera collecting money from Governor Oyetola. He also urged his fans to vote for him in the gubernatorial election.

His support for Governor Adegboyega Oyetola didn’t sit well with music lovers and Davido fans who wanted no time In Dragging him. They also carried out their threats to unfollow him on Instagram after Davido unfollowed him.

Reacting to this , Portable made a video dragging his haters. He accused them of being hypocrites and wanting him to Starve because he wants to please them.

He also said that he collected the money because he needs their connections. In his words, “In This life, some are destined to make it while others are destined not to…”