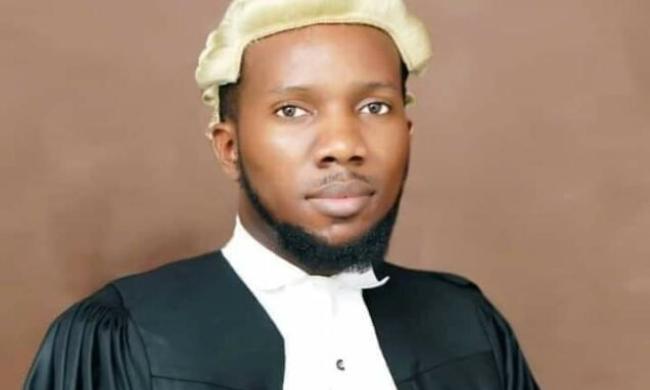 The human rights lawyer, Inibehe Effiong, has narrated her ordeal in prison.

The young lawyer was jailed for a month in Akwa Ibom state by order of the state’s chief judge, Ekaette Obot, who charged him with contempt after he objected to the presence of two armed police officers in the courtroom.

Effiong, who described her experience as “heartbreaking,” said a prison official who saw her beard and hair scraped told her: “Here we treat people like animals.”

He did not reveal the prison officer’s name, but identified another officer who tortured him as Enobong Philip, whom he said is a “two-star officer.”

Speaking to more than 500 audience members in the Twitter space, an evening with @InibeheEffiong Wednesday night, Effiong said Philip forced him to sit on the ground and scratched his beard and hair against his will.

Mr. Effiong described the condition of the Custody Centers as “unworthy of human habitation”. “There is nothing in the Correctional Service that corrects anyone,” he said.

He said that he had a feeling that something would happen to him the day before the judge put him in jail, and that he told his friend, Omoyele Sowore about it

He said he couldn’t believe he would spend the next 30 days in prison.

Sowore is the presidential candidate of the African Action Congress Party. Effiong represented the candidate in court in Lagos on July 26.

Mr. Effiong spent the first two weeks of his incarceration at the Ikot Ekpene Custody Center, and was then transferred to the Uyo Custody Center on August 10, where he spent the remaining days.

Mr. Philip reportedly abused him, handcuffed him and threw him into the prison car like “a common criminal”.

Speaking Wednesday night, Effiong said he never consented to having his hair and beard scraped off. She said that she was planning some legal action.

‘I will continue with the case’

Mr. Effiong was in court for Ms. Obot to defend his client, Leo Ekpenyong, in a libel case in which Governor Udom Emmanuel is the plaintiff.

In previous proceedings, the lawyer had asked Judge Obot to refrain from the case due to bias or likely bias.

“I will continue the case in court. I am not going to drop the case because I have been sentenced,” Effiong told the audience of him when asked if he would continue with the case.

“Imprisonment does not silence a freedom fighter,” he added.

He promised to appear before the chief judge on the matter if she does not recuse herself in the case as requested by her pending application.

Judge Obot, released from sentencing 48 hours after she was sued, said she would not pursue the case after the court resumed from its current vacation.

The judge has been criticized for the strategy she used to convict the lawyer, which legal professionals said lacked due process.

Amnesty International Nigeria, Nigeria Labor Union and Nigerian Bar Association had failed in the procedure adopted by Judge Obot in imprisoning the lawyer.

Several groups had staged protests in Uyo against the lawyer’s imprisonment.

Let here it in the comment below if you do have an opinion on this; Inibehe Effiong recounts her ordeal in prison