Things I know By Runtown 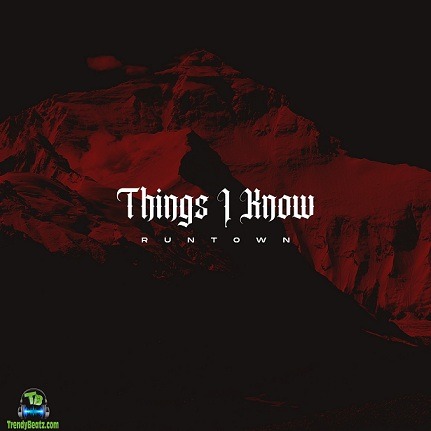 Prominent Nigerian Afrobeat singer and songsmith, Runtown hit the studio with this intriguing soundtrack called, Things I Know. This is his debut single for the year 2022, to give his listeners the best pleasurable and exciting moment as they listen to this wonderful track.

Things I Know is a song you will cherish so much, the outstanding Nigerian music maestro, Runtown portrayed his enormous talent and versatility in the music scene and he proves again that he remains undisputed in this game of singing. The new masterpiece is really a vibe.

The last time we got a record from Douglas Jack Agu, was in the year 2020, the catagloue named, If E Happen For Lagos, a fusion of Afrobeat and Sax, which talks about the suffering and smiling in Lagos, Nigeria, and has been gaining widespread attention since it was released.

Runtown sits gracefully as one of Africa’s most listened and widely-travelled contemporary artistes. The singer has registered his name on the minds of many music listeners. Nevertheless, this latest entry is a lead single to his forthcoming sophomore album, “Signs”, coming soon.